The first attempt to start a Basketball Program on Barclay Street was unsuccessful. We played 5 games. Lost each one and our team folded. We had no commitment. We had no understanding of what it meant to play on a basketball team. So I started from the bottom. I wanted to build a program on Barclay Street that taught our scholar athletes how to compete (athletically and academically), so that they could be successful in high school.

We started a Basketball Club (4 third graders and a fourth grader) in the Spring of 2005 just practing everyday in our hot little gym.

The next year we actually played a neighborhood game… vs. Margaret Brent and got trounced 52-0. Ouch! but these ‘Dogs didn’t give up. Didn’t point fingers. Just went back to the lab. The following year we picked up a few 7th and 8th graders and played in a league down at Lombard Middle. We won a few games, but sub .500 for sure.

Back to the Lab, we started raising money in the Community to send our guys to summer camps, Calvert Hall, Morgan, St. Frances, St. Paul’s and HARDWORK PAID OFF! 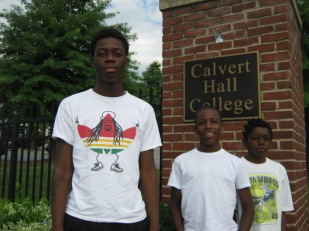 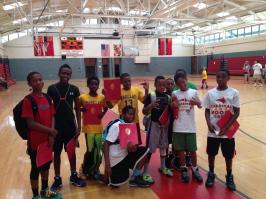 In 2009, the team rounded out and won a Championship down at KIPP Academy and came in third place at the BCP Lombard Middle League.

Those first teams have inspired a wave of talent and hard work on Barclay Street. Today the Bulldog Progam is a force in Baltimore City Basketball Leagues. Devoting itself to intelligent play and tenacious defense. Academics and behavior are key parts of the program. To perform on the court, you have to perform in the classroom.

Basketball is the vessel but character, hard work, determination are the qualities the boys learn from the Program. Bulldogs always come back to volunteer at the school, cheer their alma mater on and play in our Annual Alumni game.